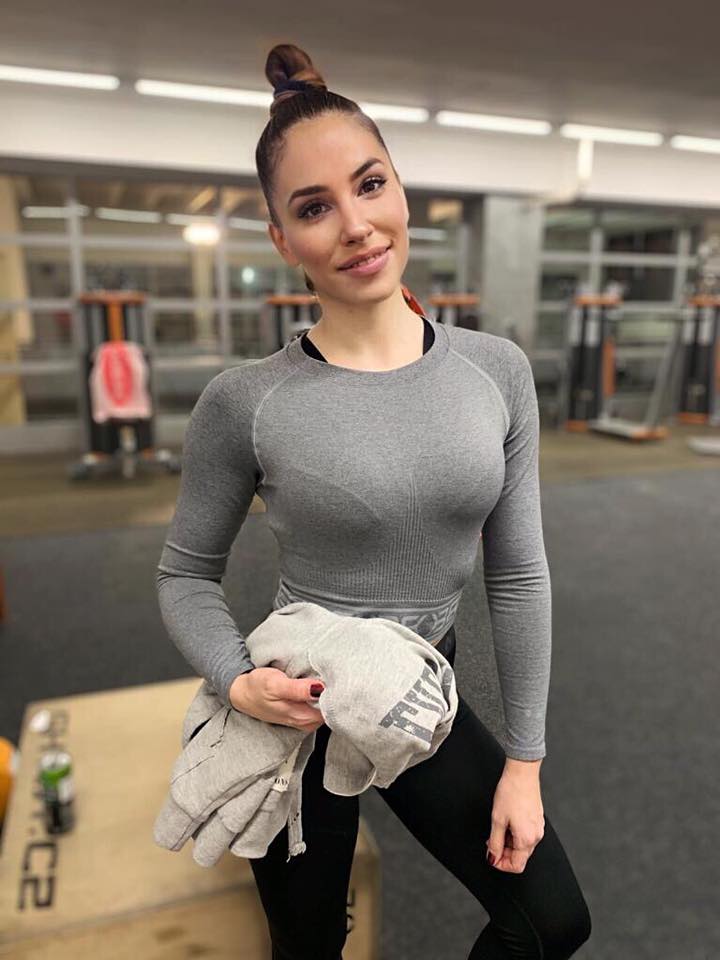 "I overcame a stroke in my thirties. It happened to me twice in a short period of time."

fitness trainer mum
She is a full-time mother, but before her son was born, she helped people to achieve their dream figure as a fitness trainer. In the past, she also shone on competition stages, where she achieved significant success. One of the biggest ones is that she has become the absolute world champion in bikini fitness and the absolute champion of Europe.

However, this successful sportswoman has also experienced a difficult period in her life. "I overcame a stroke in my thirties. It happened to me twice in a short period of time. It was a difficult time because I remained dependent on the people around me. They helped me to integrate into normal life. But I still claim that sports helped me regenerate. I have the soul of a warrior and I said to myself that I would not give up, "she said humbly about her bad period.

Even the doctors cannot explain what happened to Karin. However, she thinks that the pace of work has taken its toll. "It simply came to our notice then. I was preparing for the top competitions, while I was a manager in a company and I traveled the world up and down. Although I was able to combine it with the household and everything, after that I found out that it is not possible to sit on two chairs. I can't have everything in life, or it is necessary to set priorities, "she explains. It is precisely the discipline that she has acquired through sport that she describes as an important part of the fact that she has managed to overcome health problems and be cured.

And what will this sympathetic mother's career look like in the future? "My son and family are most important now. I finally have what I wanted. I’m very content with the current state of my life. I have a beautiful baby and I have a loving partner by my side, "describes the fitness trainer.

Karin believes that if everything goes as it should and it does not disrupt the operation of her household, she may still try to compete in the future. What is certain, however, is that she will sit back again soon on the fitness trainer chair.
Next article