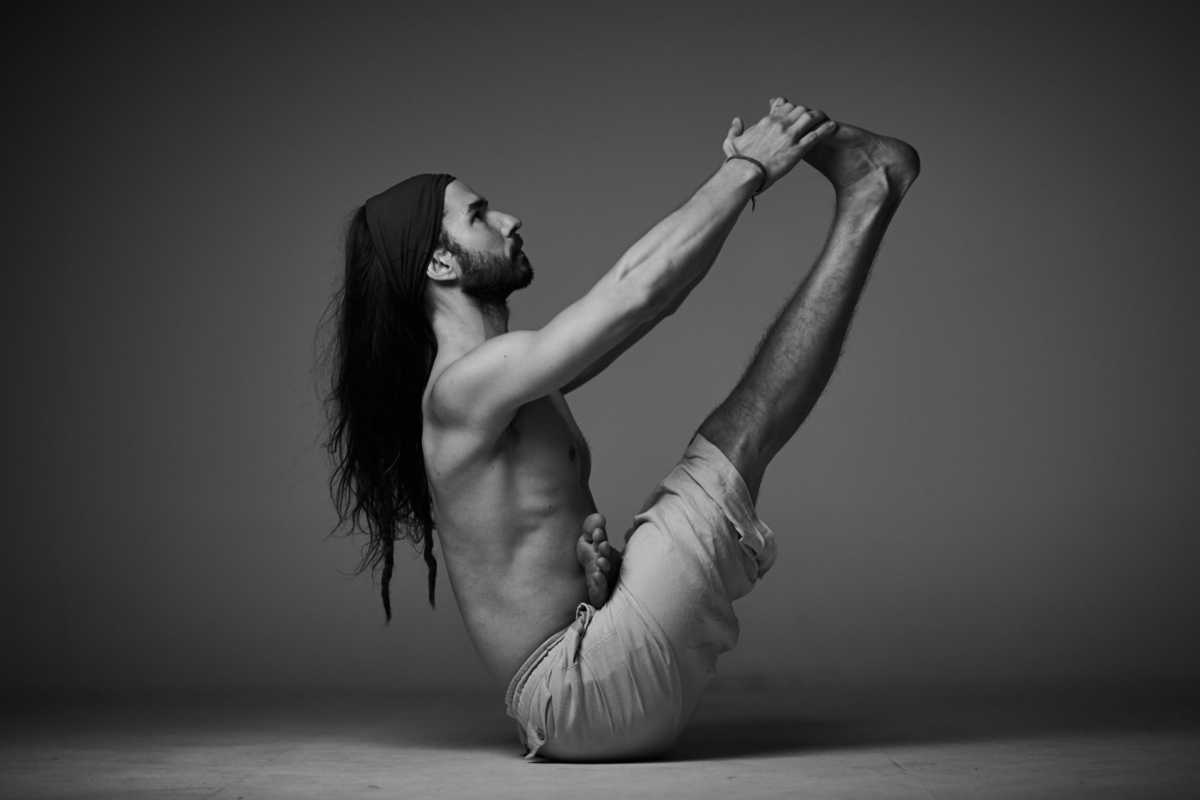 "It was fulfilling to do this for three months every day. It brought me such an inner awareness or feeling of how one can develop when one can observe a seemingly strict regime for some time."

yoga trainer India
A few years ago, he devoted himself fully to tennis, but injuries occurred and took their toll. And so he became interested in what had attracted him for a long time; spirituality and Eastern teachings. It led him to yoga and meditation. This lifestyle is an integral part of his life today. Thanks to various exercises, he tried to heal his shoulder and knees, with which he had problems while playing tennis.

How did the Eastern philosophy win his heart? "It was such a natural inner interest in something that is not entirely common in these countries and people do not normally encounter it. In the beginning, I was particularly  interested in Zen Buddhism. I was very interested in working with the mind, focus, concentration and the development of the mental side, "says Eric.

Eric is a lover of India, which he has visited several times. "There have been several destinations for my trip to India this year. Every time, when I returned home from this country, I felt that I would like to go on such an adventure, a sightseeing trip for a longer time period. To delve deeper into their culture and, more generally, into their philosophy and wisdom, which has a long tradition. This year I partly succeeded, I had a vision to stay there for twelve months, but the situation developed as it did and I was forced to come home sooner because of the Covid-19 pandemic. I went there mainly to learn one particular type of yoga, to take a course. That was one goal I succeeded in. I studied intensively in the south of India for three months, "says the young man.

His next desire was to visit his philosophy teacher in the north of India, but of course also to travel and see something, because, as he himself mentions, he is very attracted to the Himalayas, where one can find real peace and silence.

Eric is most fascinated by the inner experiences he encountered on these journeys. He considers the regime that he had to follow for several months, to be an intense experience. "It was fulfilling to do this for three months every day. It brought me such an inner awareness or feeling of how one can develop when one can observe a seemingly strict regime for some time. But after two or three weeks, when one understands what this regime is about, they find out how something like that can  be moving. It was very interesting for me, "he says about the experience.

How did this strict regime look like? "I was up at 5:30 in the morning, we started exercising. The first series of exercises lasted an hour and forty minutes. The program of the entire yoga school is filled with activities from 5:30 to 13:00 in the morning. During this time, it was not recommended to eat or drink in order not to disrupt the processes in the body that were started by physical or breathing exercises. So even in this case it was interesting to observe your own body, "describes Eric.

He had just returned from his favorite destination a little earlier, as his plans were thwarted by a global pandemic. How did this part of the world survive COVID-19? "Despite the fact that they started the measures quite early, they already closed the airport in mid-March, canceled visas and strickend the measures. The situation there depends on where you are. I know that in the countryside they even started to expel tourists that they did not want them there, even though they came before the pandemic. For example, they started to increase the rent for tourists who decided to stay there. In some places, there was a problem that no one could go anywhere. It was quite bizarre to watch it, because there are usually several thousands of people on the street and suddenly no one is anywhere, "he says of the current situation.

This is what Eric told us about India and his way of life.