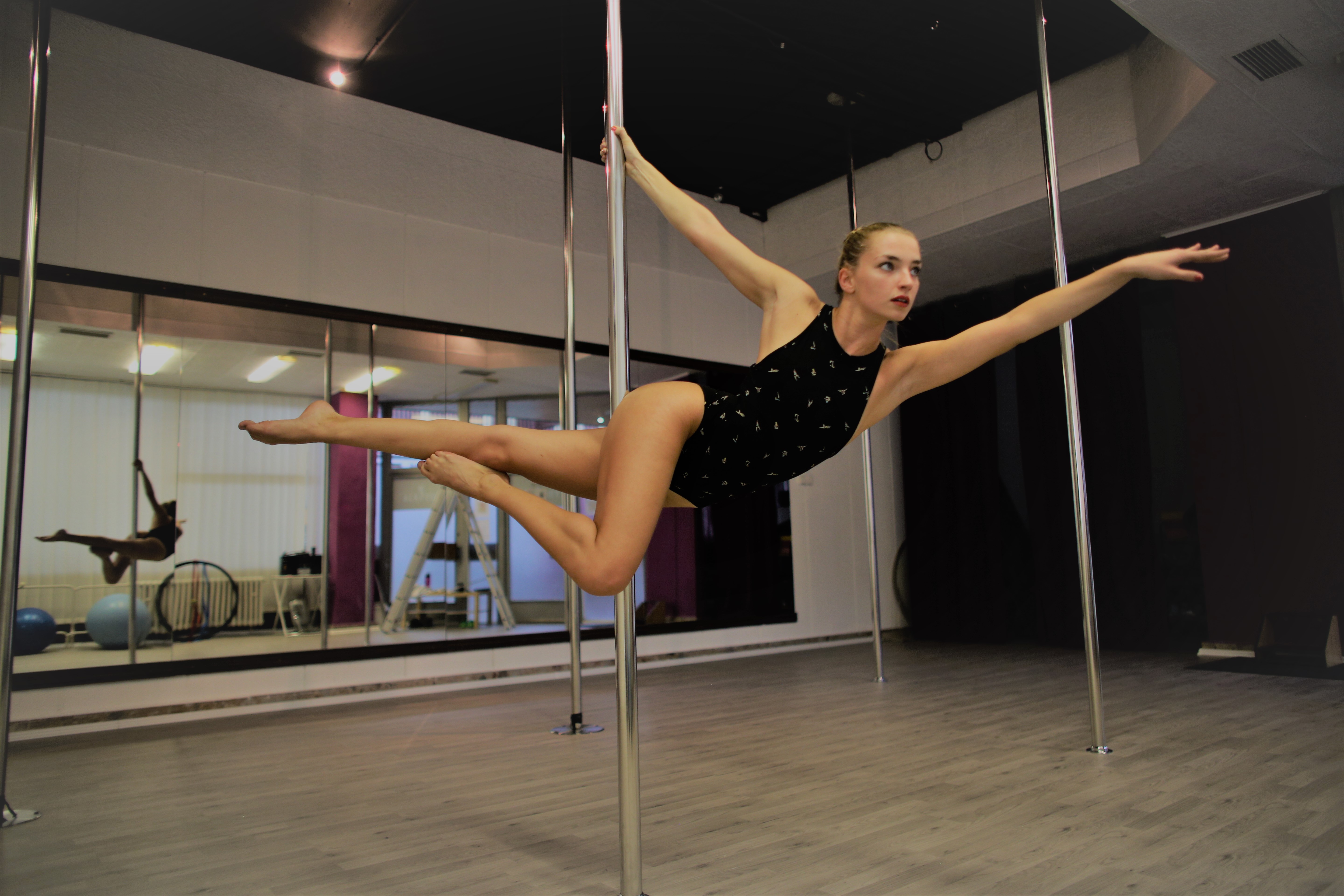 "I think we have a lot of pole dance studios here because we are such a small country. Even at one workshop, a pole dance star from Finland told me that they only have about 3 studios in Helsinki and we only have 10 in Bratislava. "

poledance trainer movement
Pole dance was her dream. Dusana has been actively involved in it for 6 years. Why did this kind of exercise grow to her heart? "I liked this sport from the very beginning, because you don't depend on anyone when you do it, only on that pole. You rely on yourself. But I was especially interested in the fact that you see results every day. It can be said that every hour you observe an improvement and you move on, "explains the athlete.

Dusana remembers her beginnings and told us that it was really difficult for her, because she started from scratch. She didn't have the flexibility and strength required to do this sport so she tried to catch up with additional exercises at home.

She became interested in this area in high school. Later she worked as a pole dance instructor and last year she moved her dream a little further. She opened up her own dance studio You Can! Pole & Dance in Bratislava.

How does this young beauty perceive the competition of pole dance studios in Slovakia? "I think we have a lot of pole dance studios here because we are such a small country. Even at one workshop, a pole dance star from Finland told me that they only have about 3 studios in Helsinki and we only have 10 in Bratislava. So I think we have enough of them in Slovakia, even though I don't see us taking each other's clients. Each studio has a lot to offer. Some try to capitalize on the fact that they are big and have a lot of other sports in addition to the field of dance, while others are small, modest and individually dedicate their time to students, "explains the diversity of the coach.

The main reason why Dusana decided to open her own studio was because she wanted a place where she could bring her own ideas. She wanted to create her own brand, something that represents who she is and belongs to her.

Dusana also shared some stories from her past, more specifically when she participated in the Miss Slovakia beauty contest.

She has been modeling since she was 16 years old. What led her to enter such a competition? "One of my sisters was also a model for a while, so we were close. I went to different castings than her. Then the Miss Slovakia casting came along, so I went to try it. It was my first year in Bratislava at the time. All the bigger castings take place here obviously, so I tried it and managed to get to the next round, ”she describes the modeling beginnings. As she says over time, it was a good experience and she would sign up again if she were younger. "In the current situation, I would not have time or space. I already have a different figure than is required for modeling, but if I was younger I would sign up again, "she says.

She is now saying goodbye to modeling, she doesn't go to any castings and only does photo shootings occasionally. She is fully occupied with pole dance and journalism, which she studied. When it comes to the future, the former model is clear. "I would like to devote myself to the field of pole dance competitions, because I have been neglecting it so far. So I would like to try my luck there as well. I would also like to prepare my girls more for competitions. When it comes to my studio, I'm hoping to improve our web site as well, because it's necessary, "she says.

And we wish her good luck!
Next article